I was born in Buenos Aires and I started my tango training from a very young age, with the best teachers and milongueros of the 90s.

As a dancer, performer, choreographer and producer, I have developed a multifaceted career of 30 years in the Buenos Aires scene and abroad.

And I have always dedicated myself to teaching. Activity that I have been developing regularly, teaching for 20 years in La Catedral, an iconic milonga in BA.

But my passion is private lessons, especially to tourists interested in living a real dance experience, and feel the tango in their feet and in their hearts. 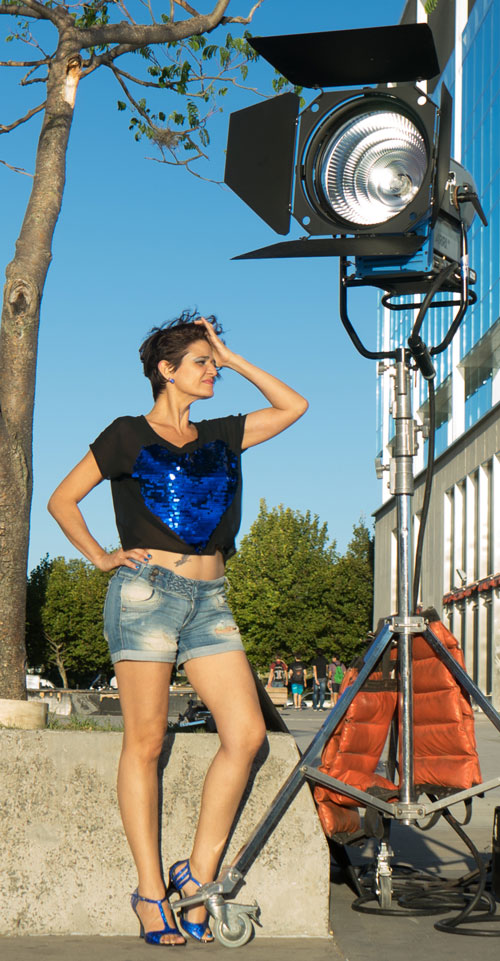 She was part of the Junior Ballet of Gustavo Naveira and Olga Bessio.

She won the first prize in Tango Salón at the "Hugo del Carril" Tango Competition, organized by the municipality of BA.

Dancer in the filming of the movie "Gatica", by Leonardo Favio.

She won the first prize in the "Roberto Pugliese" tango annual contest , organized by teachers Esther and Mingo Pugliese.

Dancer and actress in the play "El Gardel de Medellín", together with the singer Angel Rico, organized by the municipality of BA.

She made exhibitions at the National Academy of Tango and with the orchestra "Tangata Rea" at the Café Tortoni.

She danced in the traditional outdoor tango show at Plaza Dorrego, in the neighborhood of San Telmo.

She danced in the play "Ruggierito, one night in the Juan Ruggiero", by Gerardo Pensavalle, in the Cultural Center Barracas al Sud.

Model-dancer in the advertising campaign of Italian designer Gianni Versace, made in Buenos Aires. The photographer was the American Bruce Weber.

She danced in the play "Tango yesterday, today and forever", at the Gral. San Martín Cultural Center, in BA.

She toured Europe. She danced at the 1st International Tango Festival in Stockholm and gave workshops in different cities in Germany.

She danced again in the traditional tango show of Plaza Dorrego.

Dancer and choreographer in the musical "La musa del fango", by Edith Bernatene, at the Teatro Roma, Avellaneda..

She was part of the cast of the Gran Match de Improvisación Tango, directed by Alberto Goldberg, making several presentations.

Dancer in the show "Buenos Aires, pasion de Tango", by Jorge Sergiani, at the Auditorium of Pilar, in BA.

Dancer in the filming of the movie "La suerte está echada", by Sebastián Borensztein.

Dancer in the in the show of Javier Calamaro together to the staff of Tango Queer at the Teatro Auditorium, Mar del Plata.
2009

She dictated Tango seminars with his partner, Jorge Boquete, in Florianópolis, Santa Catarina, Brazil.
1998/until now